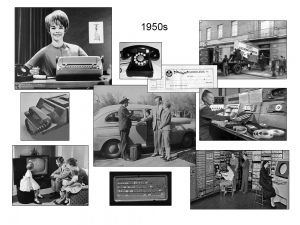 Once upon a time (before personal computers), ‘sales’ were all about personal relationships and deals were sealed with a handshake. Your ‘customers’ were people who lived in close proximity–in your geographic region.

That’ simply no longer true. Today, your customer base has no geographic limitations. That base is built of anyone who has access to the Internet, which is about everyone. And they find you, not by driving by your business or walking in the front door, but by looking up your website on the ‘World-Wide-Web’ identifiable by the  ‘www” that precedes a domain or Internet ‘address,’ as in: www.mybusines.com.

If you are doing business today, you are doing it ‘Online.’ The 21st century has witnessed so many great inventions in science and technology that it is hard to believe it’s been barely 21 years since the last century began. And communication and sales technology is advancing at an exponential rate.  According to Pew Research, 7 in 10 people now use Social Media!  If you aren’t one of them you may soon be lost!

Forget paper files and cardboard folders (or worse, those old leger books). Today your folders and files are digital, stored online in a ‘cloud’  somewhere out there in the nebulous world of cloud storage and cloud computing. It’s no longer ‘a good idea’ to get with the new technology… it’s imperative, especially after the lessons we learned about virtual communication during the pandemic.

Understanding and knowing how to use social media can make or break your business. 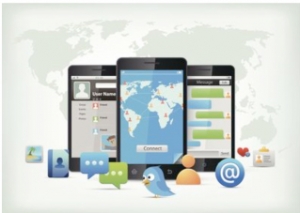 What is social media?  Social media is a series of websites and applications designed to allow people to share content quickly, efficiently and virtually–all  in real-time. Social networking has to do with who your audience is and the relationships you have with them.

As opposed to traditional media, like television, radio, and newspapers (which millenials and Gen-Xers don’t use at all), social media doesn’t just give you information, it interacts with you while giving you that information.

Today, people have ‘smart phones’ but selcom communicate by making a voice phone call; they text their messages rather than speak them. Younger people don’t even have a land line. And for some, the desktop computer is a distant memory. Today, most people communicate with ‘hand-held’ devices, like  smart phones, tablets, smart watches.  They use these devices to access social media, and transfer information by tweet, text, and email–although email is now mostly for the ‘older’ generations.

As used in business, social media is a marketing tool. The idea is to attract customers or clients by reaching them through Facebook, Instagram, Twitter, or any similar social media platform, with one purpose : Drive them to a ‘Landing Page’ on your website where you have a ‘Call to Action.’ That could include: asking them to purchase a product or service (generate income); sign up for something like a free lesson or consultation (build new-business leads); or sign up for your newsletter (build a potential or current customer database). Bottom line, you want your audience (viewer) to DO something that will generate income. Instead of running an ad in the local newspaper or radio station, or worse, sticking paper flyers in windows of nearby businesses (boy is that one outdated!), you are using the Internet to find customers and entice them to spend money with you.

Social Media is Advertising. In the example above, you create a Facebook page, build an ad on it with a direc tlink to your website home page or a landing page with specific offer, something like: Hurry! 30% OFF SALE ends today!

If you want to reach this growing virtual market, you need to know how to communicate with it. And that means mastering Social Media.  Contact me to schedule custom help – based on my availability..

• Takes you out of this website, and to one of my other sites